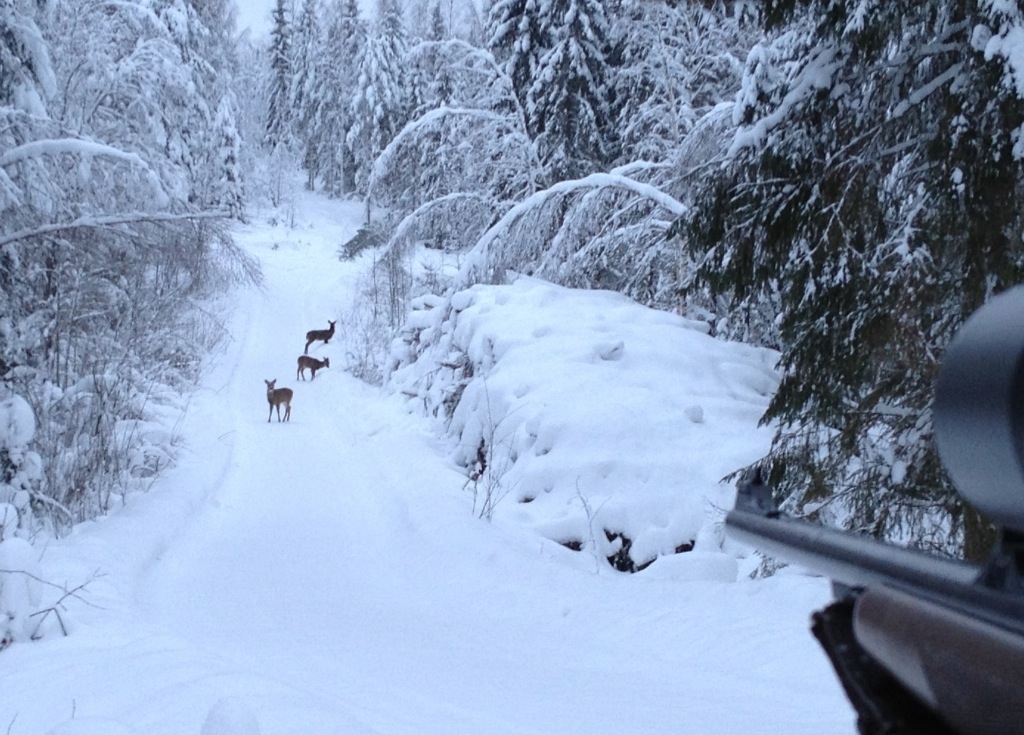 "Family of white-tails, a common view in a Finnish forest"

When talking about hunting, the first impression people normally get is the hunting of ungulates as in the food chain they are found from section ”food”.

Due to being chased by predators and running for life that has been going on for millions of years, all ungulates are very sensitive to all changes around them and ready to flee for the slightest reason.

Hunter often feels that a deer has almost a sixth sense telling it to move to shelter just when the aim was about to be good. Just this alertness of these game animals makes hunting them so intriguing.

To succeed when hunting ungulates, also the hunter has to sharpen his sences, forget about the pressures of modern day and return to his roots being the top predator he was once created.

In Finland we have four species of ungulates, European Moose and Whitetailled deer being the most common, roedeer population has increased in some areas over past 10 years allthough lynx keeps the numbers reasonably low, the rarest and most majestetic is the Wild forest reindeer.